Blogs that Prove a Calendar Date Changes at Sundown 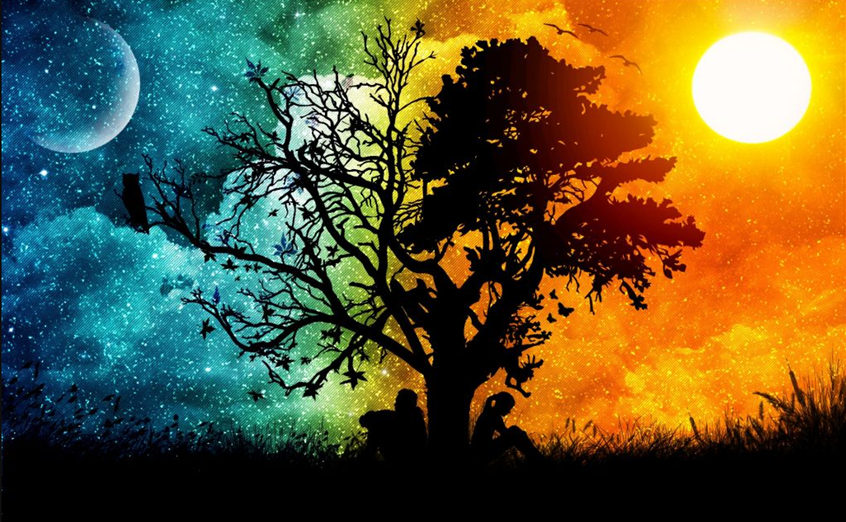 An Image to the Beast: The Great MAGA King!

By Maria Merola
© Copyright Double Portion Inheritance, May, 2022
http://www.DoublePortionInheritance.com
https://www.paypal.com/paypalme/DPIMinistries
On February 19, 2019, in Tuscany Italy, a giant image of President Trump was featured in a Parade during the Carnevale Di Viareggio festival. 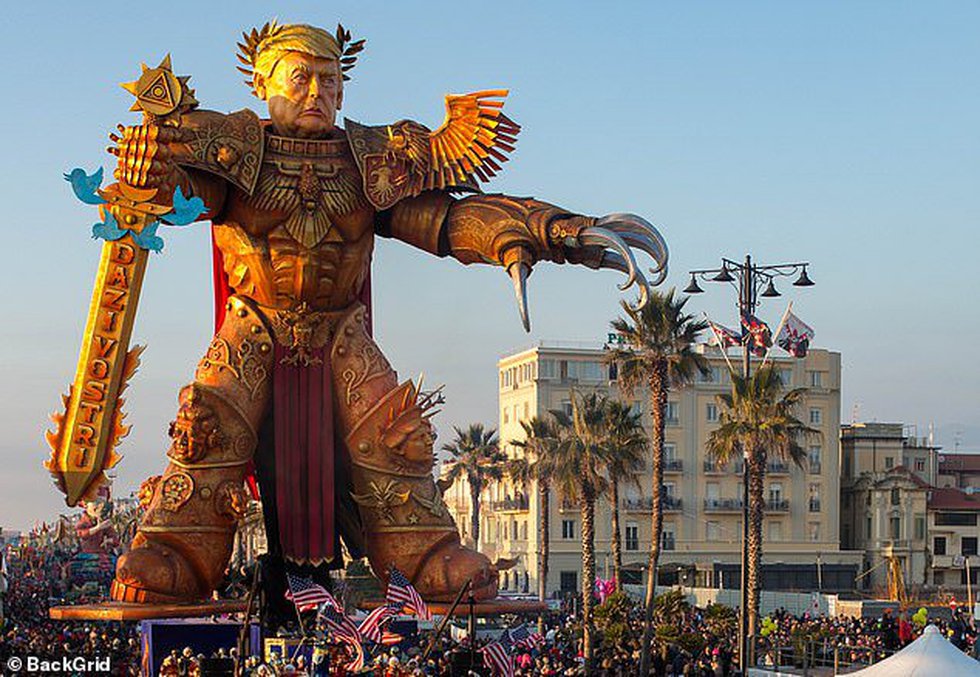 A video of this giant moving image of Trump reminds me of Revelation 13, wherein people are worshiping THE IMAGE OF THE BEAST!!!
https://www.facebook.com/reggientanesha/videos/2872029586429891
Revelation 13:3 And I saw one of his heads as it were wounded to death; and his deadly wound was healed: and ALL THE WORLD WONDERED AFTER THE BEAST.
Revelation 13:4 And they worshipped the dragon which gave power unto the beast: and THEY WORSHIPPED THE BEAST, saying, WHO IS LIKE UNTO THE BEAST? WHO IS ABLE TO MAKE WAR WITH HIM?
*In other words “Who is able to impeach him? Who is able to go against him in court?”
The “deadly wound to the head” could be an allusion to his authority taking a hit, when he supposedly lost the election to Biden. However, it was all by design, so that everyone would get so sick and tired of Biden, that they will beg for Trump to return, and they will worship him when he does.
Revelation 13:14 And DECIEVES them that dwell on the earth by the means of those miracles which he had power to do in the sight of the beast; saying to them that dwell on the earth, that they should MAKE AN IMAGE TO THE BEAST, WHICH HAD A WOUND BY A SWORD, AND DID LIVE. 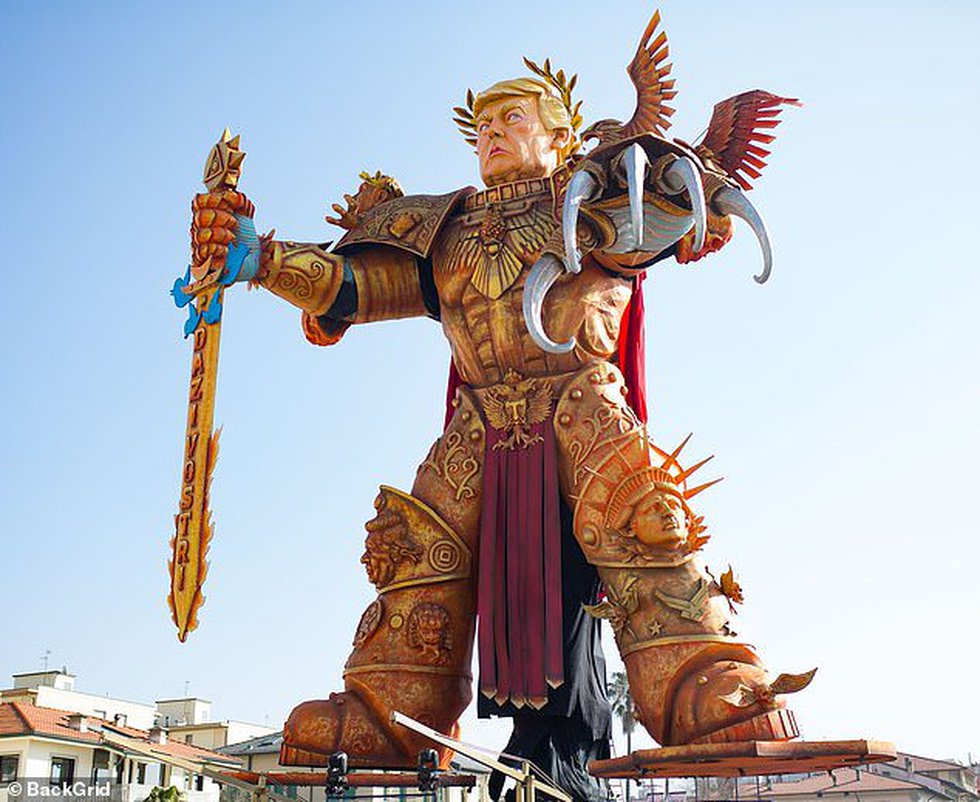 The Greek word for “SWORD” in the above passage is “machaira” which can mean “Judicial punishment!”
This means that he survived two Impeachment attempts, and he also survived all the attempts to prosecute him for the January 6th, 2021, Insurrection!
The caption of the video says: The Great MAGA King! ULTRA MAGA!
If you pay close attention to the comments, there are so many delusional Christians leaving comments, and saying things like: “I love it! He is wearing the full armor of god, he is the greatest president of all time!”
This giant image of President Trump moves his head and sways back and forth!
He has a ROMAN SUIT OF ARMOR on, WITH A ROMAN CAESAR's CROWN OF LEAVES on his head!
Check out the symbolism on this giant statue of Trump!
On the shoulder, there is a the Symbol of the Communist Flag!
He also has the head of Nero Caesar on his shoulder!
He also bears the Eagle Flag of the Roman Empire!
He also has the Occult Phoenix symbol on his chest, which is symbolic of RESURRECTION FROM THE DEAD!
He has a GIANT SWORD in his hand, which matches the prophecy of the IDOL SHEPHERD in Zechariah 11:17.
Zechariah 11:17 Woe to the idol shepherd that leaves the flock! THE SWORD SHALL BE UPON HIS ARM, and upon his right eye: his arm shall be clean dried up, and his right eye shall be utterly darkened.
On the sword, it says in Italian “Dazivostri” which means “Your Duties,” aka “Your Taxes!”
This reminds me of a prophecy in Daniel:
Daniel 11:20 Then shall stand up in his estate a raiser of taxes in the glory of the kingdom: but within few days he shall be destroyed, neither in anger, nor in battle.
Could this be part of the Global Reset?
The NESARA/GESARA Act?
On top of the sword is the “All-seeing-eye” inside the pyramid, and it’s inside of an 8-pointed star inside of a sunburst.
Posted by DoublePortionInheritance at 3:07 PM No comments:

Blogs About the Great Tribulation & the Second Coming of Messiah Blogs About the Deity of Messiah 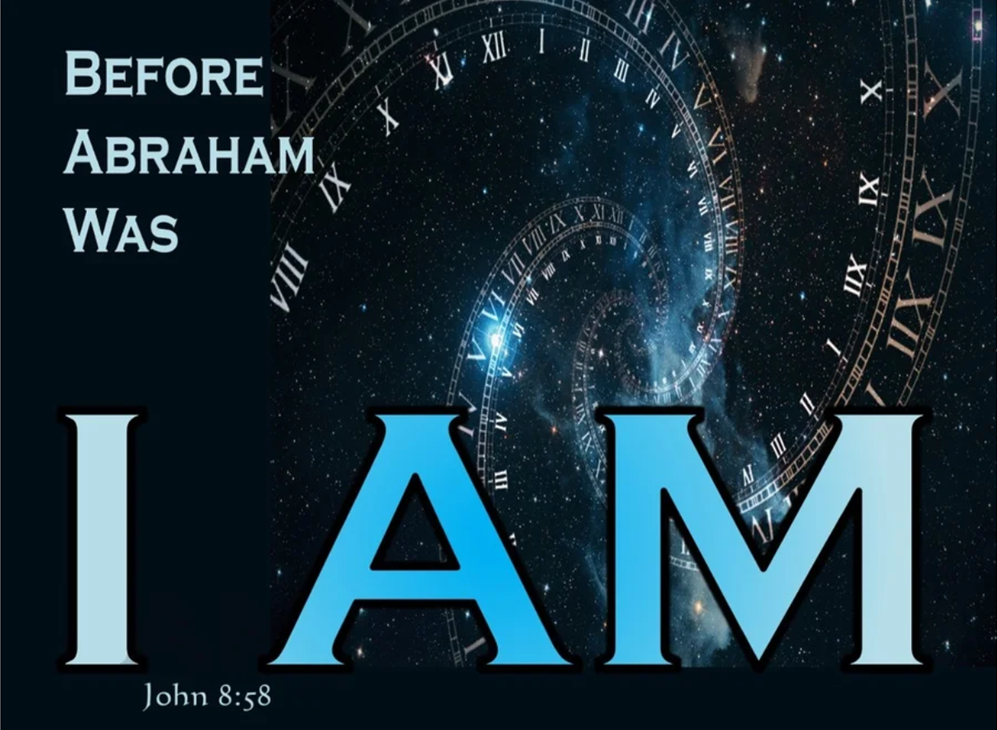