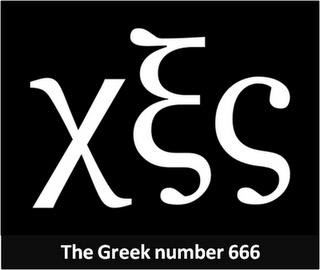 There is a false teaching going around right now that is trying to purport that the name “Jesus” adds up to 666 in the Greek Alphabet and that the name “Jesus” is the “Mark of the Beast.” I will show you below that this is simply not the case and those who are purporting this are using false Alpha-numerics and a false pronunciation of “key-sus” or “cheese-sus”(which sounds nothing like Jesus) in order to try and make their theory work. 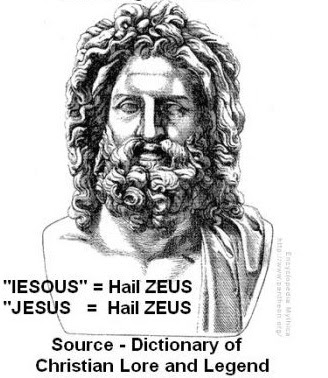 I do believe that the name Jesus has it’s origins in the pagan Greek god named Zeus, as research has proven that the Greeks took the first Hebrew Letter in our Heavenly Father’s name (Yad) and they placed that in front of the name Zeus for Y’Zeus. Later on this name began to be spelled as Iesous.

But regardless of this fact, we can see a prophetic pattern with the patriarch Yahuwceph (Joseph) who was given a “hidden name” by the Pharoah as Zaphnath-paaneah which means “Savior” in Egyptian.

Joseph was a prophetic “type” of Messiah and he saved the Egyptians (as well as his Yisra’elite brothers), from a famine. We can see the same prophetic pattern with Esther, whose name comes from “Easter” the pagan goddess of fertility. However despite the fact that she took on a pagan name (under instructions from her cousin Mordechai), YaHuWaH allowed this to save the Jewish people in Persia. Esther was like a spy who went incognito into the Persian Empire, under a “hidden name” to save her people. But this was only for a season. Once the mighty exploits were displayed for the glory of YaHuWaH, Esther revealed her true name, “Hadassah.”

We see the same pattern with Daniel being given a Babylonian name Belteshazzar while in exile. This pattern is evident over and over again in scripture. Likewise our Messiah was given a “hidden name” as “Jesus” and he saved the Gentiles under that name until the fullness of the Gentiles is accomplished (Romans 11:25). But now that we are in the last days, his real Hebrew name is being revealed as Yahuwshuwa!

I believe that we are going to see a prophetic pattern of what took place in the Maccabean Revolt in the last days. In 164 B.C. Antiochus Epiphanies set up an Image of Zeus on December 25th in the Jewish Temple and forced the covenant people of YaHuWaH to worship this image under penalty of death. I believe that the same thing will happen again!  I believe that the false Messiah will set up an image or a “clone of Jesus” in the 3rd Jewish Temple and cause people to worship that image!

However, I do believe that many people have been saved just as I was back in 1981 calling on the name of “Jesus” because the Holy Spirit “interprets the groaning our hearts” according to Romans 8:26-27.

When people don’t know the true name of the Messiah, the Father knows who they are talking about, because the Holy Spirit interprets the name Jesus as Yahuwshuwa before the throne. There is a day that is coming soon, when people are going to have to choose to worship either the “false image of Jesus” in the 3rd Jewish Temple (a clone from the Shroud of Turin) or the true Messiah Yahuwshuwa!

And when that day comes, there will no longer be any mystery as to the true name of our Messiah. People will no longer be able to get away with calling him “Jesus,” because at that point the Roman Papacy will standardize the name Jesus as “their mark” and they will attach that name to the “Image of the Beast.” But for now, I believe that YaHuWaH is showing mercy on those who have called him by the name Jesus before they knew better! Now, let me show you why the name Jesus does not add up to 666. See the above chart or go to this website for the chart for the Greek Alphabet below:

In the prophecy about the Mark of the Beast in Revelation 13:18, the number 666 is # 5516 in the Greek Strong’s Concordance as follows:


Chazown (Revelation) 13:18 Here is wisdom. Let him that has understanding count the number of the beast: for it is the number of a man; and his number is Six hundred threescore and six (666).


Below is a break-down taken from certain false teachers who claims that the name “Jesus” adds up to 666:

Jesus (pronounced “chizis”) is the Mark of the Beast.

*Note: the above calculations are false, because the false teacher who is purporting this is attempting to make these three letters “chi xi stigma” sound like “cheezus,” but the pronunciation key in the Concordance already tells us that “chi xi stigma” sounds like “key-zee-stigma.”

And thirdly, the Greek letters for the name “Jesus” (Iesous) are not “chi xi stigma,” but rather, they are as follows:

Iota, Eta, Sigma, Omicron,Upsilon, Sigma, which when added together has a numerical value of 888----not 666!

Therefore, the argument cannot be made that the letters in “chi xi stigma,” are the same letters in “Iota, Eta, Sigma, Omicron, Upsilon, Sigma.” They are completely different letters with different numerical values.

The false teacher purporting that the Greek letter Chi sounds like “chee” as in “cheetah” is found to be wrong.

The pronunciation key tells us that these three Greek letters are pronounced as khee xee stig’-ma. The Greek letter “chi” sounds like “key” not “chee” as in “cheese.” It sometimes makes the “ch” sound as in “cheetah” when it is being used in a word. But as a letter, it is pronounced as the letter “key” (chi).

I would have no problem what-so-ever believing that the name Jesus adds up to 666, if it were only true. I have no attachment to the name Jesus, as I gave up using the name Jesus a long time ago. I only use it sometimes when trying to teach people the true name.

The false teacher who has been peddling this information about the name Jesus adding up to 666, is causing many to fall away from the true Messiah! This teaching causes people to doubt the entire character behind the name “Jesus,” and thus, they end up denying even his alternative names, such as Yeshua, Yahuwshuwa (Yahushua), Yahshua.

This false teaching is a dishonest rendering of the wisdom to count the number of the beast, and I will illustrate to you why. The people that are presenting this false mathematical equation, are using the wrong letter to try and build their case. There are actually two different letters in the Greek Alphabet that sound very similar!

They are “stigma” and “sigma.”

Below is an illustration of what the letter Sigma looks like, and it has the numeric value of 200.

Below is an illustration of the letter Stigma, and it has the numeric value of 6.

Now, let’s add up the letters to the formula that is being used to try and prove that the name Jesus adds up to 666:

The word for 666 in the Greek Strong’s Concordance is NOT Chi Xi Sigma!

It is Chi Xi STIGMA!

Below you will see the numeric value of Chi Xi Stigma: χξϚ


The Word “stigma” means to stick or to prick!

So then what is the “stigma?” It is an obsolete letter of the Greek Alphabet that is no longer in use, but it did not make the “s” sound! It made the “st” sound, and it is the equivalent of the Hebrew letter “waw” or the modern “vav” which is the 6th Letter in the Hebrew Alphabet:

Digamma or wau (Ϝ) was the continuation of Phoenician waw, denoting the sound /w/. It stood in the sixth position in the alphabet, after Ε. It dropped out of use because the sound /w/ became mute during the archaic and classical era. It remained in use as a numeric sign denoting the number six. In this function, its shape in uncial and cursive writing changed to “ϛ” until in Medieval Greek handwriting it was conflated with an accidentally similar ligature sign for “στ.” The symbol “ϛ” both in its function as a numeral continuing that of digamma and in its function as a ligature, is today called “stigma.”

So while I agree that the name “Jesus” has a pagan origin, (as it comes from Y’Zeus), it does not add up to 666, and therefore, does not meet the criteria for the mark of the beast.

Now let’s us add up the letters to the Greek word for Jesus:

There are several different ways to calculate the names of people in Gematria. At this website, you can calculate various terms adding up to 666, 888 or 444.

Why? Because the Greeks called all of their false pagan Messiah’s Christos! So we should not use the title Christos for the true Hebrew Messiah! What is the bottom line? The bottom line is that we are entering into a prophetic season where we are being called out of Mystery Babylon the Great the Mother of all Harlots! And that means that YaHuWaH our Creator is removing the false names of Baal and the false pagan deities from our lips! And that includes the name Jesus, God, and Lord!

16 And it shall be at that day, saith YHWH,that you shall call me Ishi (husband); and shall call me no more Baali (Baal or Lord).

17 For I will take away the names of Baalim(Lords) out of her mouth, and they shall no more be remembered by their name.

In the Strong’s Concordance the word “Baal” means Lord!

If you were saved using the name Jesus like I was back in 1981, then it is time to “go on unto perfection” (Hebrews 6:1) and begin to call upon him by his true name of salvation!

That name is YaHuWShuWA (Joshua in Ancient Hebrew).

Prophecy is being fulfilled right now as YaHuWaH is restoring his Covenant people to a pure language which is called “Edenic” or Ancient Hebrew. Why is he restoring us to a pure language in these last days? So that we may all call upon his NAME YaHuWaH with one consent!

Tzphanyahuw (Zephaniah) 3:9 For then will I turn to the people a pure language, that they may all call upon the name of YHWH, to serve him with one consent.

See my other blogs by clicking on the hyper-links below. These blogs go deeper into this subject of the Mark of the Beast and the name Jesus versus the true name of our Messiah Yahuwshuwa:


“Does the Name Jesus Really Come from Zeus?”

“The Sacred Name & Character of the Father & the Son”

“Who is that Woman Jezebel & Who is the Beast?”

“The Set-Apart Name of Salvation Revealed”

Posted by DoublePortionInheritance at 1:21 AM