What Exactly Does It Mean to Worship the Beast? 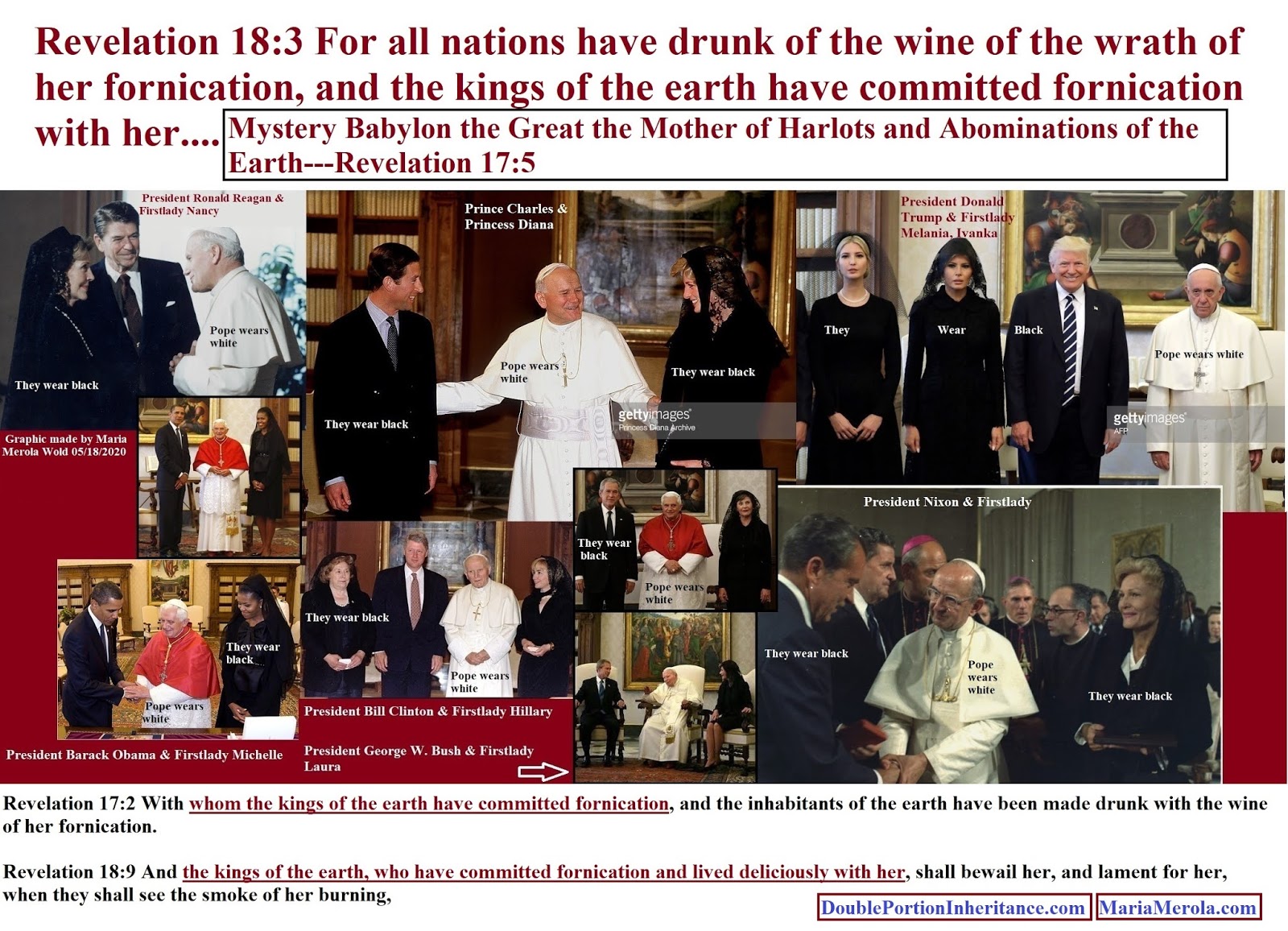 Daniel 7:23-25 identifies the Beast as the FOURTH KINGDOM ON EARTH (Rome). It also identifies the BEAST as one who speaks great words against the Most High (claiming to be Elohiym).

It says that this “BEAST” THINKS HE CAN CHANGE THE LAWS OF OUR CREATOR, SPECIFICALLY THE 4TH COMMANDMENT TO HONOR THE 7TH DAY, AND KEEP IT HOLY.

Revelation 13:3 And I saw one of his heads as it were wounded to death; and his deadly wound was healed: AND ALL THE WORLD WONDERED AFTER THE BEAST.

The Greek Strong’s Concordance #4352 defines the word “worship” as “proskyneo,” which means the following:

To make obeisance (obey), to give honor, to express respect, to make supplication (ask for something). To kiss the ring on the finger; to lick the hand like a dog licks his master.

Whenever a political leader visits one of the Popes in the Vatican, they are required to GIVE HONOR, and SHOW RESPECT, PAY HOMAGE, MAKE OBEISANCE, OBEY, KISS THE SKULL & BONES RING ON THEIR FINGER!

They are required to WEAR BLACK to show that they acknowledge the Pope as “THE VISIBLE IMAGE OF JESUS CHRIST ON EARTH!”

Meanwhile, the Pope WEARS WHITE to show that he is supposedly “THE REINCARNATION OF JESUS CHRIST ON EARTH!”
They are NOT ignorant of what they are doing!

They must sign a legal document acknowledging this before they are allowed to have an AUDIENCE WITH THE POPE!

This comes from the book entitled “The Alberto Story” by Chick Publications as told by former Jesuit Alberto Rivera.

This means that EVERY U.S. PRESIDENT HAS ALREADY WORSHIPED THE BEAST!

And what does scripture say about those who “Worship the Beast?”

Revelation 14:11 And THE SMOKE OF THEIR TORMENT ASCENDS UP FOREVER AND EVER: AND THEY HAVE NO REST DAY NOR NIGHT, WHO WORSHIP THE BEAST, AND HIS IMAGE, and whosoever receives the mark of his name.

If you follow those who worship the BEAST, what does that say about you?

Posted by DoublePortionInheritance at 1:22 PM