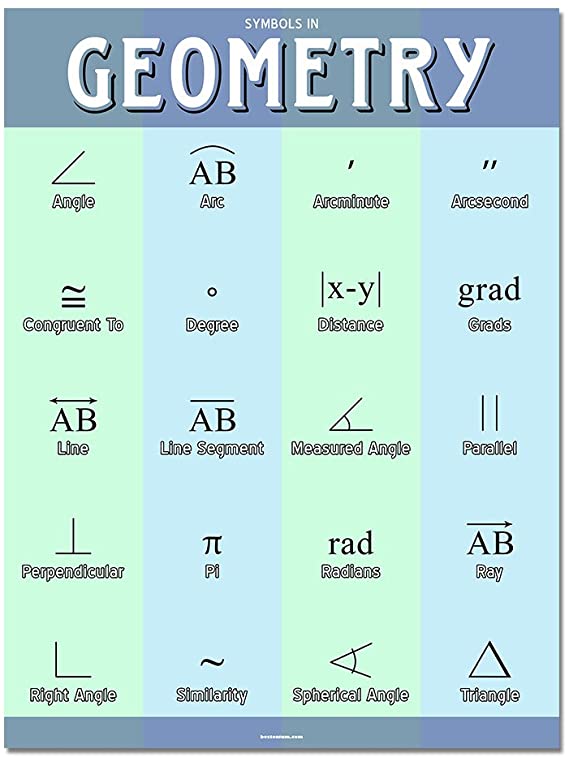 The Greek word for “Geometry” is “Gematria.” It is not witchcraft to measure squares, circles, triangles, and rectangles!

We use Geometry every, single day of our lives.

We use Geometry use to measure ingredients when we make a recipe.

We use Geometry when we build a house, or a piece of furniture.

We use Geometry when we measure a piece of fabric to sew an item of clothing.

In Scripture, YaHuWaH reveals himself and his character through numbers.

The number = His Oneness. The “Shema” in Deuteronomy 6:4 describes him as “The self-existent one.”

The number two = Marriage Covenant, for the two shall become one flesh.

The number three = Witnesses, for out of the mouth of two or three witnesses, everything shall be established. It also means Resurrection, for he rose again on the third day.

The number four = Harvest, for YaHuWaH commands us not to harvest the four corners of our fields, but to save it for the widow, the orphan, and the stranger. Four also symbolizes the end-time harvest, when YaHuWaH will gather his elect from the “four corners of the earth” by sending out his angels from the four winds of heaven (the four directions).

The number five = The five books of Moses, called Towrah (instructions). Our Messiah taught a parable using “five wise and five foolish virgins.” King David selected “five smooth stones” of which one of them was used to slay the Giant. That one stone symbolizes our Messiah (the chief cornerstone). Elohiym has established the “five-fold ministry” for the building up of the assembly (Ephesians 4:10-11).

The number six = The number of “mankind” (humanity) for on the sixth day, YaHuWaH created humanity in his image and breathed into him the breath of life.

The number seven = Covenant & Rest, for on the seventh day of Creation, YaHuWaH rested and established his covenant with the earth, and humanity.

The number eight = dedication, for on the 8th day of birth, a male child is circumcised. When the altar in the Temple becomes defiled, it takes seven days to cleanse it, and on the eighth day, it is dedicated (chanukkah).

In the eighth Millennium, we will have a New Heaven & Earth, hence “New Beginnings.”

The number nine = The nine gifts of Spirit, and the nine fruits of the Spirit.

In Revelation 13:18 we are COMMANDED to COUNT THE NUMBER OF THE BEAST!

This is not optional!

So, how do we count the number of the beast?

Where do we get wisdom from?

The first time that the word “wisdom” is used is in Exodus 28:3, we are shown that YaHuWaH gave “wisdom” to those who were building the Tabernacle of Moses, and all the articles in it.

Hence, we can find “wisdom” in the Towrah!

YaHuWaH has already given us the dimensions of the New Jerusalem as being “foursquare” meaning “four sides” and each wall is 144 cubits.

There are two kinds of cubits (12 inches or one foot, and 6 feet after the average stature of a human being).

Thus, the 144,000 are those who have been redeemed under both covenants.

The number 1,000 = The Hebrew letter “Aleph” which is the first letter, and it means “family, first-born.”

Numbers Chapter 1 tells us that Yisra’el was numbered not by individuals, but according to their “heads of families.” In the gospel accounts, when our Messiah fed the multitude with loaves and fishes, it says that the 5,000 did not include the women and the children.

The number 666 = Humanity trying to display himself as Elohiym!
How do we count the number of the beast?

YaHuWaH’s design for his Hebrew Alphabet is also his numeric system. Thus, for every Hebrew letter in a word, there is also a numeric value assigned to that letter. We count (add up) those values, and we arrive at “The number of the beast.”

This same pattern can be used in Chadean, Greek, Roman, English, etc. Because it is YaHuWaH who confused the original language at the Tower of Babel, resulting in the Alphanumeric system of the nations.

Every former Anti-Messiah leader who ruled over an empire is a “beast,” and thus, every beast has an Alphanumeric system by which their leader's name can be added up to equal 666.

Here are a few examples of former Antichrist Leaders who had names that add up to 666 in their respective language of their empire:

YaHuWaH is the one who has given us wisdom to “count” the number of the beast. He is the inventor of numbers and Geometry!

So, if you wanna call this witchcraft, you accuse YaHuWaH of witchcraft, and that means “shame on you!”

Now, it is possible that somebody could misuse Gematria for occult or divination purposes? Absolutely!

But that would mean using numerical patterns to play the lottery, to gamble, or to acquire selfish gain.

This is not the intended purpose of Gematria!

Gematria is a tool of measuring, and deciphering prophecy!

It is not intended to be used for divination or fortune-telling.

For those who are seeking to understand how to count the number of the beast, see this link below:

Calculating the Number of the Beast

Posted by DoublePortionInheritance at 8:45 PM