Is Every Day “Alike” & Are All Foods “Permissible?” A Study in Romans 14 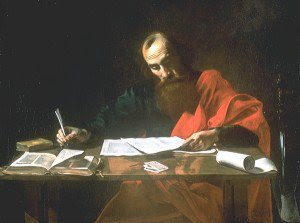 Whenever I am discussing the Sabbath day, the biblical feasts or eating a biblically clean diet with Christians, they almost always refer to the 14th chapter of Romans, supposing that they have found “proof” that the Apostle Sha’uwl (Paul) was somehow able to “over-ride” the commandments of our Creator and that he “single-handedly” had the authority to change what had already been written in the inspired scriptures for thousands of years.
I always find it fascinating that while Sha’uwl (Paul) was not at all taking such liberties, most Christians are willing to toss out the words of our Messiah in Matthew 5:17-19 where he adamantly declared that one “jot or tittle” (punctuation mark) of the Mosaic Law shall in no wise pass away until “heaven and earth passes away.” Do they bother to look outside to see if heaven and earth are still here? Why do they ignore the Messiah that they claim to follow? And yet they have Sha’uwl (Paul) on this unconditional pedestal whereby he could preach the most blasphemous heresy and they would swallow it no matter what---hook, line, and sinker!
Well, I want to state for the record that I believe that the Apostle Sha’uwl (Paul) was one of the most prolific Towrah teachers and a theological genius who was way ahead of his time. This is precisely why our Messiah chose him, of all people to be a preacher of the Gentiles. It was because Sha’uwl (Paul) was an expert in the Towrah (Mosaic Law) and he was the most qualified in his day for the job.
But Paul’s epistles are one of the most misunderstood of the entire Bible. The Apostle Keefa (Peter) explained that Paul’s letters were hard to be understood, and that many men would twist Paul’s letters out of context to their own destruction:
2nd Keefa (Peter) 3:
15 And consider that the longsuffering of our Master is salvation—as also our beloved brother Paul, according to the wisdom given to him, has written to you,
16 As also in all his epistles, speaking in them of these things, in which are some things hard to understand, which untaught and unstable people twist to their own destruction, as they do also the rest of the scriptures.
17 You therefore, beloved, since you know this beforehand, beware lest you also fall from your own steadfastness, being led away with the error of the wicked;
In order to accurately understand Paul’s letter to the Romans, we must first define the two words he uses for “meat” in this chapter. The two Greek words used for “meat” are as follows in the Strong’s Concordance:
# 1033. broma bro-mah from the base of 977; food (literally or figuratively), especially (ceremonially) articles allowed by the Jewish law:--meat, victuals.
# 1034. brosimos bro-sim-os; eatable (by Jewish Law):--meat
One must understand that Elohiym did not create pig, shellfish, (lobster, shrimp, crabs etc.) or other unclean creatures (mice, rabbit, ostrich, etc.) to be consumed as food. These were never considered “food” by the Hebrews, and so whenever Paul is discussing food, he would never include these unclean animals by calling them food. These creatures were specifically created to clean up the waste and garbage from our environment, and YaHuWaH calls them an abomination to eat (Leviticus 11). Also see my other article entitled: “Did ‘Jesus’ Make All Foods Clean?”
Secondly, in Romans 14, Paul was addressing those Jews who had chosen to eat only vegetables when eating in the home of Gentiles, because they did not know for sure if the meat that they were partaking of had the blood properly drained according to the dietary laws. The Towrah requires that all of the animal blood be drained from the meat before cooking it. This means that even cooked blood in the meat is still forbidden. You see, the DNA of the animal is carried to our human DNA when blood is ingested and this alters our DNA!
Blood-borne diseases from the animal are also carried to the human blood, even if the blood is cooked. To properly drain the blood from an animal, it must not be strangled, but the animal must be butchered a certain way to insure that the blood is completely drained. Soaking one’s meat in water and kosher salt is another way to draw all of the blood out of the meat and will make the meat permissible to eat.
What we put into our bodies is very important, because we must be a proper vessel for the dwelling place of the Ruwach ha’Qodesh (Holy Spirit). Our bodies do not belong to us, for we have been bought with a price---the blood of Messiah.
1st Qorintiym (Corinthians) 6:19 What? know you not that your body is the temple of the Ruwach ha’Qodesh (Holy Spirit) which is in you, which you have of Elohiym, and you are not your own? 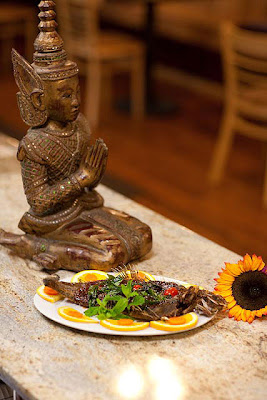 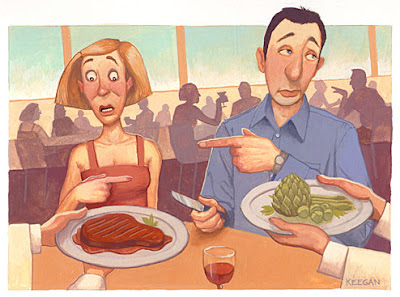 Because these new Gentile converts had not been trained in Towrah yet, the Jews did not trust the food that they served. And so to be on the safe side, they chose to eat only vegetables when eating with Gentiles. 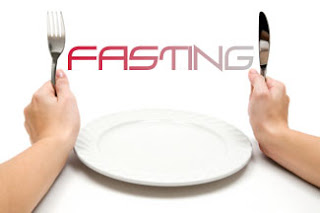 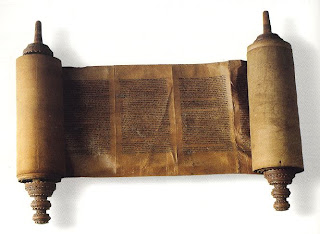 There is one more very important principle that I would like to address before I conclude this lesson in Romans 14. The first time that a commandment or a doctrine is first mentioned in the Bible, it then becomes the “foundation” for which we will continue to apply it throughout the rest of the scriptures. As an example, at creation, YaHuWaH established that the role of the marriage relationship would be the husband as the “head” who would “rule over his wife.”
This has not changed. The Apostle Sha’uwl (Paul) explained in Ephesians 5:22 & Colossians 3:18 and that “Wives should submit unto their own husbands.” Where did he get this from? Paul was obviously taking this from the “law of first mention” in the scriptures:
Bereshiyth (Genesis) 3:16 Unto the woman he said, I will greatly multiply your sorrow and your conception; in sorrow you shall bring forth children; and your desire shall be to your husband, and he shall rule over you.
You see, in order to establish “continuity” throughout the scriptures and to accurately portray our Creator as one who “changes not,” (Micah 3:6, Psalms 15:4, Hebrews 13:8), we cannot make him out to be “schizophrenic” and unstable. To “invent” brand new doctrines in the Briyth Chadashah totally undercuts the true nature and character of who he is. His word “endures and abides forever:”
1st Keefa (Peter) 1:23 Being born again, not of corruptible seed, but of incorruptible, by the word of Elohiym, which lives and abides forever.
Tehilliym (Psalm) 119:160 Your word is true from the beginning: and every one of your righteous judgments endures forever.
1st Keefa (Peter) 1:25 But the word of YHWH endures forever. And this is the word which by the gospel is preached unto you.
Mattithyahuw (Matthew) 24:35 Heaven and earth shall pass away, but my words shall not pass away. 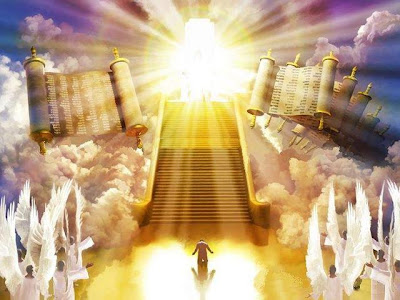 The Hebrew word for “forever” in Psalm 119:160 is Strong’s #H5769:`owlam which means:
long duration, antiquity, futurity, forever, ever, everlasting, evermore, perpetual, old, ancient, world; ancient time, long time; of past; of future; always; continuous existence, perpetual; indefinite or unending future, eternity.
Most often we think of the word “forever” to mean “from here on out” into the future. But this Hebrew word “owlam” literally means “past, present & future” in the realm of eternity!
In the “Renewed Covenant” the word “forever” in the Greek Strong’s Concordance is:
#G165: aiōn: forever, an unbroken age, perpetuity of time, eternity, the worlds, universe period of time, age.
This means that once our Creator “speaks” his word never changes!
When our Messiah was being tested in the wilderness by Satan, he rebuked him by declaring: 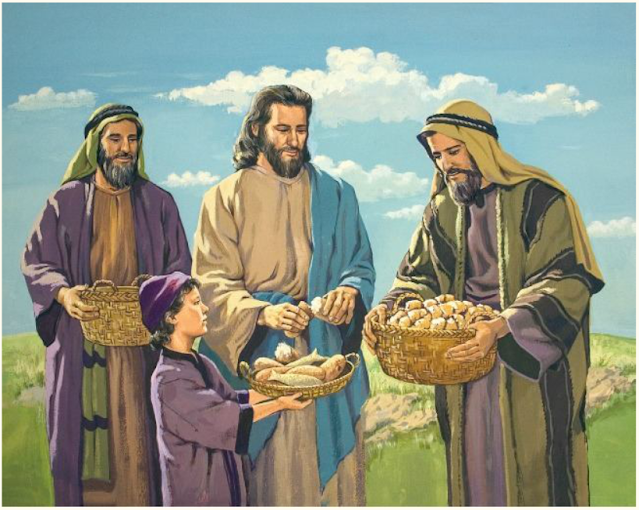 Mattithyahuw (Matthew) 4:4 But he answered and said, It is written, Man shall not live by bread alone, but by every word that proceeds out of the mouth of Elohiym.
Luqas (Luke) 4:4 And Yahuwshuwa answered him, saying, It is written, That man shall not live by bread alone, but by every word of Elohiym.
At the time when our Messiah spoke these words, there was no “New Testament” in print yet. And so the only “word” that he could have possibly been referring to was the TaNaKh (Law, Prophets & Psalms)!
One of the most important things that we must consider when establishing any kind of doctrine from the Briyth Chadashah (Renewed Covenant) or what many call the “New Testament,” is that we can never presume to “invent” brand new doctrines. When reading the Renewed Covenant writings, we must first consult the “Towrah, Prophets & Psalms” to find corroborating witnesses, and then we can accurately establish what the “New Testament” is actually telling us.
Our Messiah gave us the formula for establishing a matter (including doctrine). When establishing doctrine, we must never use only one verse from the “New Testament” to establish doctrine. That is one of the biggest problems with Christianity today. They use “one verse of Paul’s epistles” without using the foundational principles of the Towrah to establish exactly what Paul is saying.
In Matthew 18:16, listen to what our Messiah said about establishing a matter:
Matthithyahuw (Matthew) 18:16 But if he will not hear you, then take with you one or two more, that in the mouth of two or three witnesses every word may be established.
But this is not a “New Testament” concept. The idea of establishing a matter by the witness of “two or three” is seen many times throughout scripture in various contexts:
Debariym (Deuteronomy) 17:6 At the mouth of two witnesses, or three, shall he that is worthy of death be put to death; but at the mouth of one witness he shall not be put to death.
Debariym (Deuteronomy) 19:15 One witness shall not rise up against a man for any iniquity, or for any sin, in any sin that he sins: at the mouth of two witnesses, or at the mouth of three witnesses, shall the matter be established.
2nd Qorinthiym (Corinthians) 13:1 This is the third time I am coming to you. In the mouth of two or three witnesses shall every word be established.
1st Timotiyos (Timothy) 5:19 Against an elder receive not an accusation, but before two or three witnesses.
Ibriym (Hebrews) 10:28 He that despised Mosheh’s Towrah (law) died without mercy under two or three witnesses:
The most important evidence that Yahuwshuwa is indeed the true and genuine Messiah of Yisra’el, is the fact that all three witnesses of scripture testify of him: 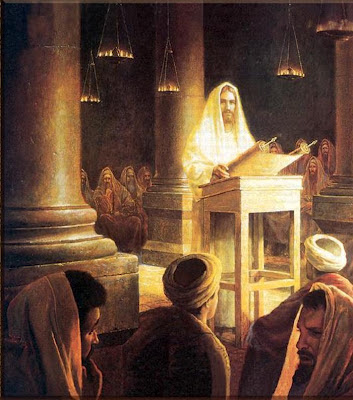 Luqas (Luke) 24:44 And he said unto them, These are the words which I spoke unto you, while I was yet with you, that all things must be fulfilled, which were written in the Towrah (law) of Mosheh (Moses), and in the prophets, and in the psalms, concerning me.
Without these three witnesses, we don’t have the litmus test for how to identify the true Messiah! And thus we cannot establish his true doctrine without these very same three witnesses!
And so this brings me to my final point in this lesson. When reading any of the epistles of Sha’uwl (Paul), you must always consult the “first mention” of the subject matter in the scriptures and then find “two or three” other corroborating witnesses in the Towrah, Nebiym (Prophets) & Ketubiym (Writings).
Any other method of exegesis or interpretation of the scriptures makes our Creator a liar, and the result will be the establishment of false doctrines.
Posted by DoublePortionInheritance at 8:17 AM