Does the Sun Sit Down & Rise?

By Maria Merola
© Copyright Double Portion Inheritance, April 2015
http://www.DoublePortionInheritance.com
https://www.paypal.com/paypalme/DPIMinistries
Does the sun actually “SIT DOWN,” or is the term “sunset” a poetic way of saying that “The sun is no longer visible,” when the Earth turns away from it? 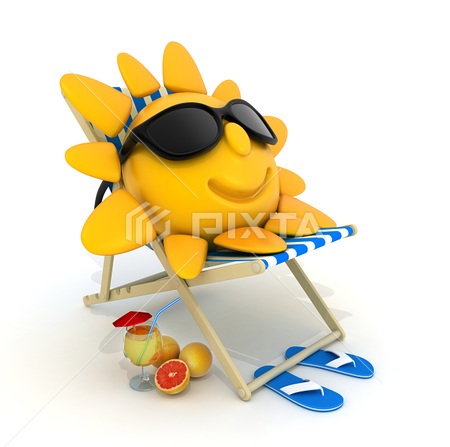 Job 38:14 tells us that the earth “TURNS ABOUT,” indicated by the Hebrew word “haphak.”
The sun does not actually “SET,” nor does it “RISE!” Luke 4:40 says “Now when the sun was setting.....”
The Greek word in this passage for “THE SUN WAS SETTING,” is “duno,” which means “TO SINK DOWN!”
We know that the sun does not actually SINK DOWN, but it appears that way to the observer!
Deuteronomy 23:11 But it shall be, when evening comes on, he shall wash himself with water: and WHEN THE SUN IS DOWN, he shall come into the camp again.
We know that the sun does not “GO DOWN” in reality! These are expressions that are used in Scripture to describe when the sun first reappears in the morning, (sunrise), and when the sun disappears below the horizon (sundown).
As a matter of fact, the Paleo Hebrew Letter “Quwph” pictures the “Sun on the horizon of the earth.” It proves that the Ancient Hebrews knew the sun was much larger than the earth, (and very far away), thus causing only half of the sun to be seen on the horizon at SUNSET or SUNRISE until it disappears below the horizon!
The Hebrew letter “Quwph” is the root word from where we get the word “TeQuWPhah” which means the following:
#8622 tquwphah tek-oo-faw' or tquphah {tek-oo-faw'}; from 5362; a revolution, i.e. (of the earth around the sun) course, (of time) lapse:--circuit, come about, end. This phenomenon is impossible on a Flat Earth!
The Scriptures often use “POETIC LANGUAGE” or EUPHEMISMS to describe “How things appear from the vantage point of the beholder!”
Posted by DoublePortionInheritance at 5:16 AM