Chanukkah & The Spirit of Prophecy

Every year, (when the Chanukkah and Christ-Mass season roll around), we’ve all noticed that people attempt to blend the two celebrations together as if they are the same. However, any attempt to marry these two celebrations, is a violation of Scripture, as we are warned not to mix the sacred with the profane:

Yehezqel (Ezekiel) 44:23 And they shall teach my people the difference between the holy and profane, and cause them to discern between the unclean and the clean. 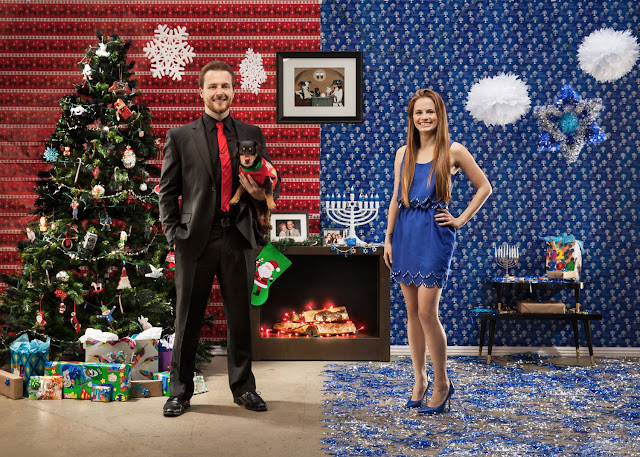 The only thing that may seem similar about the two celebrations is that there are lot of lights associated with the two events.

With that said, we must recognize that while our Messiah, Yahuwshuwa referred to himself as “the light of the world,” (John 8:12: 9:5, 11:9), the devil is also able to transform himself as “an angel of light,” (2nd Corinthians 11:14).
In Isaiah 14:12, we read about the fallen angel “Lucifer, son of the morning,” whose name in Hebrew is “Heylel ben shachar.”  Lucifer is a Latin word that means “light-bearer.”
It is therefore, no surprise that the devil has a close counterfeit for every holy feast day that YaHuWaH has given his people to celebrate. In Leviticus 23, we are shown seven feasts that are to be kept annually as a sign of our covenant with the Creator.
Although Chanukkah is not included in these seven festivals, it is certainly a biblical memorial which is deeply rooted in prophecy--both past and future.

2nd Corinthians 6:14 Be you not unequally yoked together with unbelievers: for what fellowship has righteousness with unrighteousness? and what communion has light with darkness?

The graphics below illustrate the fact that Chanukkah and Christ-Mass are diametrically opposed, and any attempt to blend them is to a violation of 2nd Corinthians 6:14...... “for what fellowship has righteousness with unrighteousness? and what communion has light with darkness?” 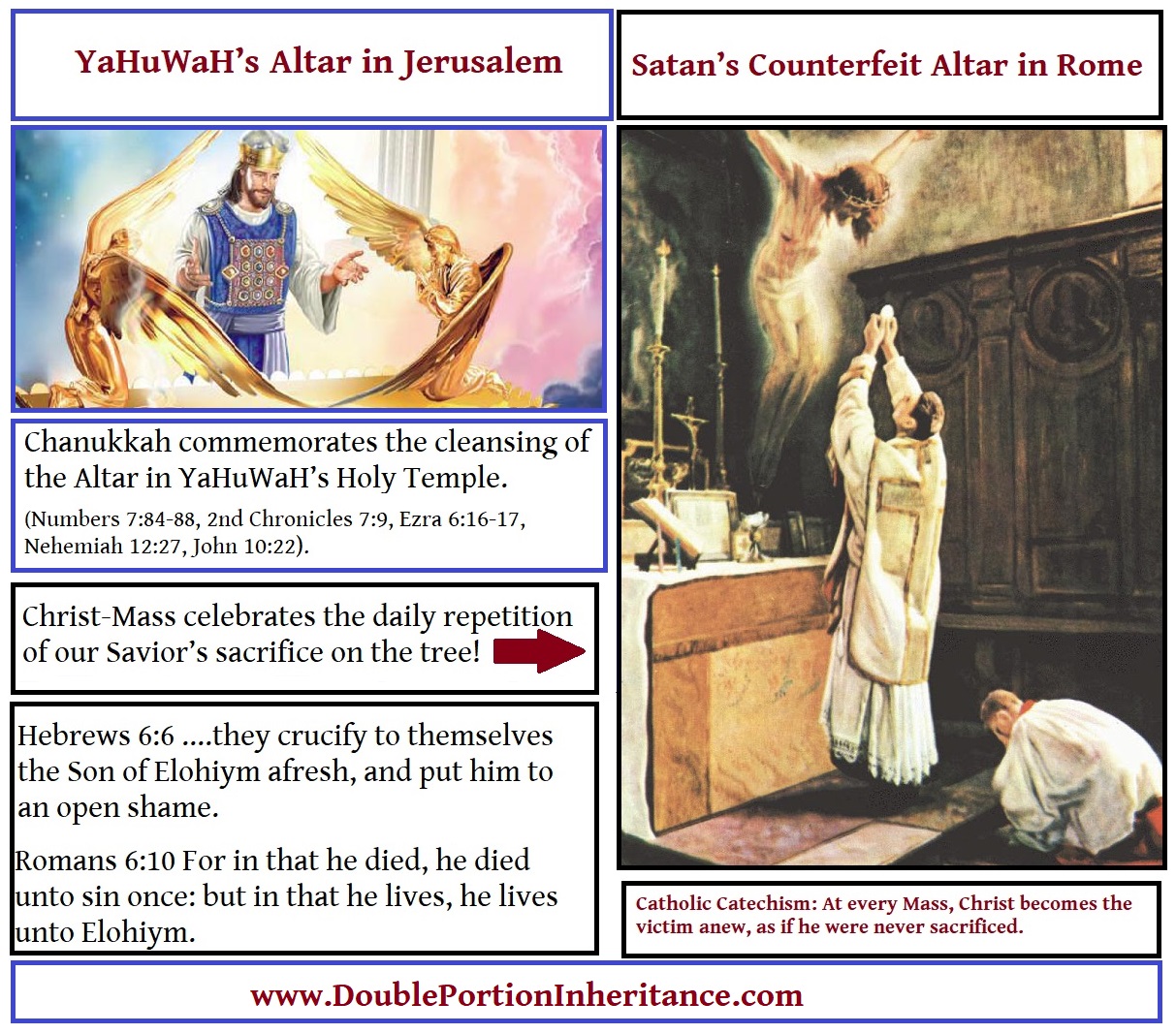 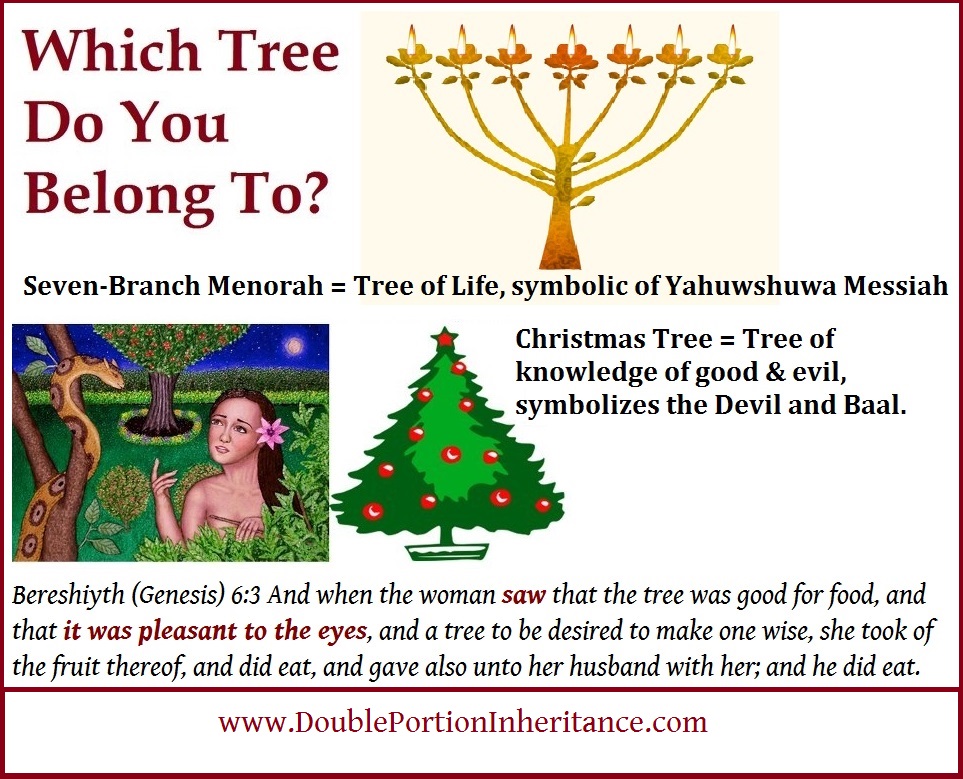 Ever since the Tower of Babel in Genesis 11:1-4, witches, satanists, and occultists have celebrated eight pagan sabbaths annually for their pagan sun-god. However, in the 3rd century, the Roman Emperor Constantine disguised these pagan celebrations and made them appear as “Christian holidays.” Can you recognize them? Yule became Christmas.
Imbolc became “Saint Valentine’s Day.”
Ostara is the Celtic name for the pagan fertility goddess named Ishtar (Easter).
Beltane is called “May Day.”
Litha is now called “Saint John’s Day.”
Lammas is called “The Ascension of Mary.”
Mabon is the Autumn Equinox.
Samhain is today called Halloween.
The date of December 25th for the birth of Christ was established about the year 320 A.D.; The Popes seem to have chosen the twenty-fifth day of December principally to divert the attention of the people from the celebration of a pagan feast of the Mithras cult which was called the “Birthday of the Unconquered Sun” (Natalis Solis Invicti).
In 1538, the Roman Catholic Church officially declared these eight pagan Sabbaths as so-called “Christian holidays.” Never-the-less, they can never be “redeemed for Christ,” because to do so is a violation of Deuteronomy 12:29-31:

“When YHWH your Elohiym has cut off ahead of you the nations you are entering in order to dispossess, and when you have dispossessed them and are living in their land; be careful, after they have been destroyed ahead of you, not to be trapped into following them; so that you inquire after their gods and ask, ‘How did these nations serve their gods? I want to do the same.’ You must not do this to YHWH your Elohiym! For they have done to their gods all the abominations that YHWH hates! ”

To learn more about YaHuWaH’s seven feasts and how they point us to the life of our Messiah, see the blog entitled: “What is the Testimony of Messiah?”
In order to understand prophecy, we must know, and have his testimony!
1.) He was conceived on the Feast of Dedication (Chanukkah).
2.) He was born at sundown on the 1st day of the 7th month of Ethaniym (Tishri), the Feast of Trumpets (Yom Teruah).
3.) He was circumcised on the 8th day (from his birth), on the Day of Atonement (Yom Kippur). *Note: the count began on the 2nd day of Tishri, after sundown.
4.) He began his public ministry as a 30-year old High Priest on Yom Kippur.
5.) He was sacrificed as the Passover Lamb on Pesach/Passover.
6.) He was buried on the Feast of Unleavened Bread (Chag Matza).
7.) He was raised from the dead on First Fruits (Yom ha’Bikkuriym).
8.) He poured out his spirit/ruwach on his taught ones on the Feast of Weeks (Pentecost-Shabuot).
In the future, he will repeat these again!
1.) He will gather his bride to himself, as she will be “born-again” into immortality (just like her bridegroom) on Yom Teruah.
2.) He will come back for the Day of Wrath, to redeem the House of Judah on Yom Kippur (Zechariah 12:10).
3.) He will bring his restored bride into the Marriage Supper of the Lamb on the Feast of Tabernacles (Sukkot).
4.) He will rebuild, and dedicate the Temple of YaHuWaH on Chanukkah!
Do you see this? All twelve events begin and, end with Chanukkah!
*Note: This is the reason why the Prophet Haggai (whose name means “festival”) prophesied in Haggai 2:18-20 that from the 24th day of the 9th month of Kislev (Chanukkah), that YaHuWaH was going to begin to restore his Temple!
Our Messiah’s body (his temple) was being formed in the womb on Chanukkah. And when he returns, he will rebuild it again on Chanukkah!
Yahuwchanon (John) 2:19-21 Yahuwshuwa answered and said unto them, destroy this temple, and in three days I will raise it up....But he spoke of the temple of his body.
Within three literal days, he raised up his body (his temple).
2nd Peter 3:8 says that “One day is like a thousand years with YaHuWaH,” therefore, the prophecy of John 2:19-21 is describing a literal three days, but also 3,000 years.
From the time that Yahuwshuwa resurrected (on the third literal day following his death), there will also be three millennia (3,000 years), until “YaHuWaH the Almighty, and the lamb shall be the temple” in the New Jerusalem (Revelation 21:22).
I realize that many of you have been taught to believe that our Messiah was born on the Feast of Tabernacles, and that he only fulfilled three of the Spring Feasts at his first coming, leaving four other feasts unfulfilled.
However, (as we have just seen), Yahuwshuwa did indeed, fulfill all Seven Feasts at his first coming. At the beginning of his ministry, he fulfilled Yom Kippur again as the High Priest, Melchizedek when he declared “The Acceptable year of YaHuWaH.”
Only the High Priest could declare those words on Yom Kippur!
What this means is that he had to be 30 years old when he did this, according to the Towrah (Numbers chapter 4).
And since he was “beginning to be about 30 years old” at his baptism 40 days earlier, (Luke 3:23); Therefore, we must conclude that he turned 30 on Yom Teruah, just in time for him to declare “the acceptable year” on Yom Kippur as a 30-year old High Priest!
If he had been born on Sukkot, his 30th birthday would’ve still been 5 days away, and therefore, he did not qualify to “Proclaim the Acceptable year!”
See these two blogs, where I give three witnesses to the evidence of our Messiah’s incarnation/conception on Chanukkah, and his birth 9 months later on Yom Teruah (Feast of Trumpets)! 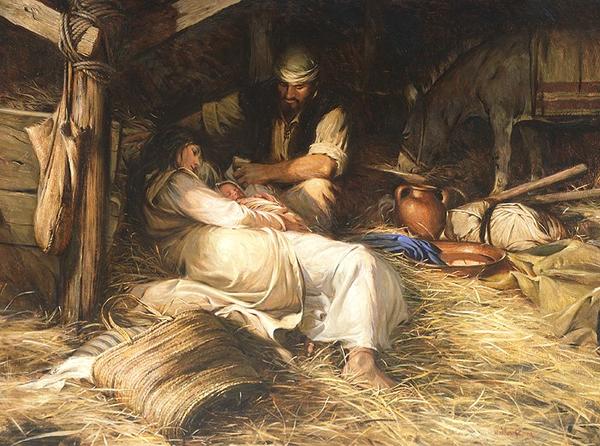 “When Was the Real Messiah Born & Why Does it Matter?” 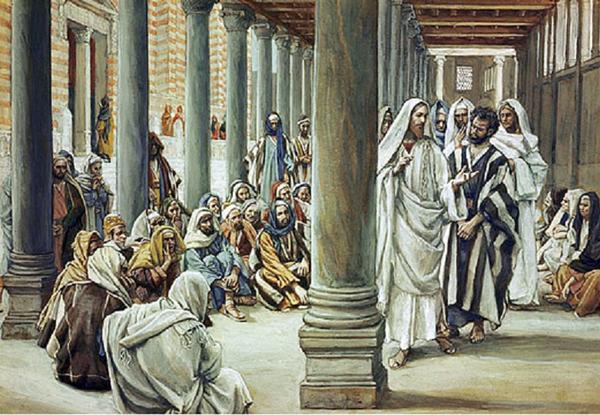 “Chanukkah is the Opposite of Christ-Mass!”
Posted by DoublePortionInheritance at 5:34 AM