Will Smith & Chris Rock at the Oscars: What Does it Mean?

© Copyright Double Portion Inheritance, March 29, 2022
http://www.DoublePortionInheritance.com
https://www.paypal.com/paypalme/DPIMinistries
On March 28th 2022, Social Media was abuzz about the punch that Will Smith gave to Chris Rock at the Oscars. After viewing the carefully planned and scripted “Psyop,” (Psychological Operation), I began to smell a rat. As usual, these stunts played out by the Hollywood crowd are deliberately played out for the masses, in order to evoke emotions from the sheeple. 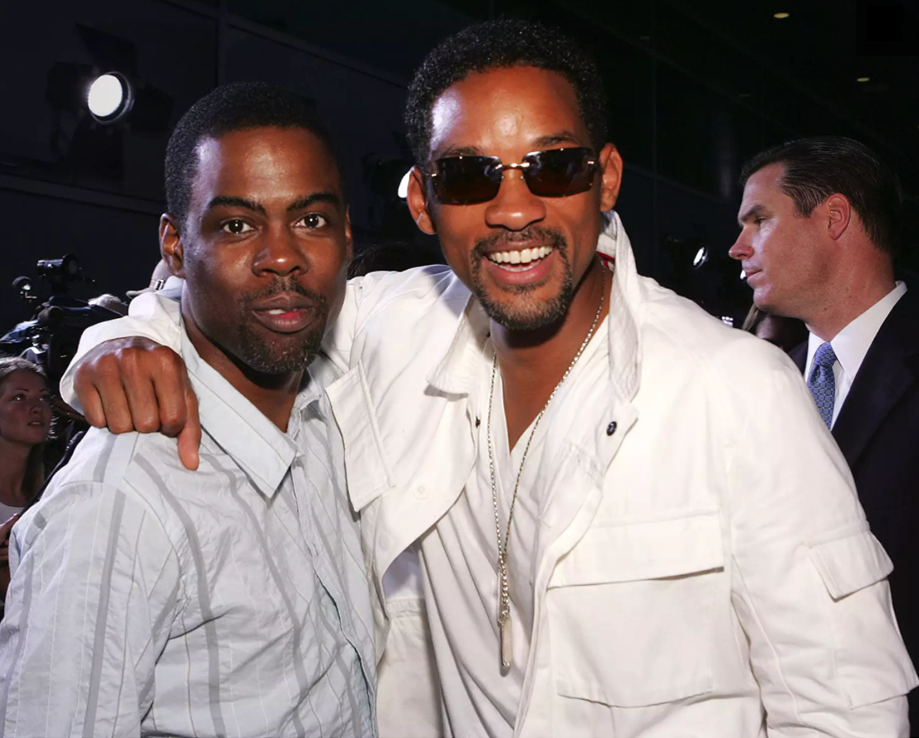 A good friend of mine named Giacomo (who used to work in Hollywood as an actor), pointed out this movie poster to me, from the 2005 film “Hitch,” starring Will Smith, and I was stunned!
After viewing the poster, I suddenly decoded the meaning behind this Occult Ritual that was played out in front of millions of people on television. This is what I wrote on Facebook on March 28th 2022:
Oh wow, I just figured out something about this movie poster from 2005, from the film “Hitch!”
You will notice that Will Smith has his hands on the “HH” at the beginning and ending of the word “Hitch!”
In the center is the letter “T” for Trump!
The word “Hitch” in the movie poster is connected to the word “Chris Rock,” so that it spells out HitChrisRock! They were telling us what they were going to do in 2005!
For those of you that don’t know this, the #88 in the Occult World stands for “Hail Hitler,” because “H” is the 8th letter in the German & English Alphabet.
President Trump is going to soon make a comeback, and be praised by the Hollywood Crowd that once hated him! The 2020 election was fixed, to allow Biden to win, so that he would mess everything up, and all the Liberals will beg for Trump to return!
It was all a HUGE “SET-UP” to make people want to worship Trump when he returns! 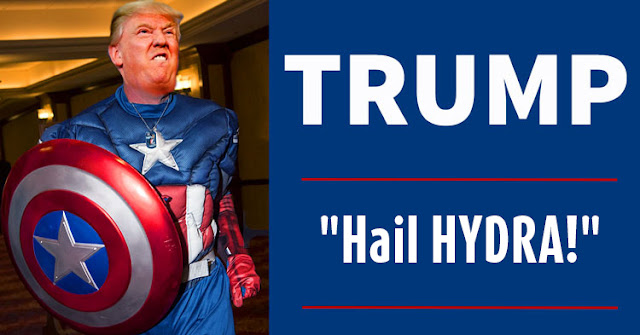 Trump’s recent mantra is “Hail Hydra,” just like the Captain America film where Captain America himself becomes a Secret Agent for the Nazi Organization called “Hydra!”
Notice that Will Smith has his RIGHT HAND & LEFT HAND on the on the “HH” in the word “Hitch!”
He is signaling the idea that the LEFT-RIGHT PARADIGM is being played out before our eyes! This is a signal that the Hollywood Black Celebs that once hated Trump are going to welcome him back with open arms!
The Russian-Ukraine War is being used to cause Americans to choose Right-Wing Conservative Nazism instead of Left-Wing Liberal Communism!
See my other blog: A Brief Summary of the War with Russia & Ukraine
Even though Jada Smith has been public about her baldness being due to having a medical condition known as “Alopecia,” I am seriously wondering if this too has been staged, leading up to this humiliation ritual. I am skeptical at this point.
Only five days before the Oscars, Pfizer just announced their new Alopecia Drug for hair growth:
ALLEGRO Trial Met Primary Efficacy Endpoint of Improving Scalp Hair Regrowth
The Phase 2b/3 ALLEGRO trial met the primary efficacy endpoint of improving scalp hair regrowth. All participants entered the study with at least 50 percent scalp hair loss due to Alopecia Areata, as measured by the Severity of Alopecia Tool (SALT) score. A statistically significantly greater proportion of patients who took ritlecitinib 30 mg or 50 mg once-daily, with or without a four-week initial treatment of 200 mg once-daily, had 20 percent or less scalp hair loss. 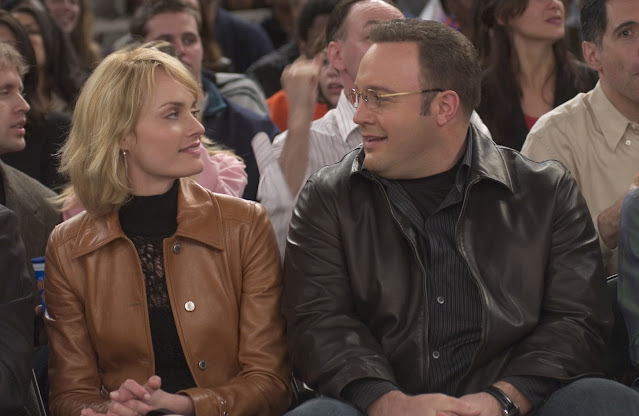 What is very telling, is that when I went back to watch the film “Hitch”  again, the love interest of Kevin James is named “Allegra!” I decided to do a Google Search for the name Allegra, and what it means in the occult world. My search brought me to this link:
Best Witch Names
“Allegra is the first name of the titular witch in the classic 1967 anime film Jack and the Witch.”
In the beginning of the movie “Hitch,” Will Smith (as Hitchenson), is narrating how he can help a man “SWEEP UP” the woman of  his dreams, but, he only needs the “RIGHT BROOM!” This is obviously a reference to witchcraft. Incidentally, “Hitch” rhymes with “Witch.”
Vogue Magazine ran an article on May 20th 2020, about the new trend of women getting a “Buzz Cut.”
The Buzz Cut Is Trending – Here’s A Primer On Its Powerful History
“The act of shaving one’s head goes back centuries. In ancient Egypt, priests ritualistically removed all the hair from their bodies to avoid lice and general uncleanliness. In other ancient cultures including Buddist monasticism, it was and remains a sign of religious devotion (often to signify the sacrifice of vanity). In Islam, it follows the completion of the Hajj (an annual Islamic pilgrimage to Mecca), and likewise in a number of Hindu religious practices.....
Beyond religion, you’re probably aware of the shaved scalp as a symbol of oppression. Think of almost every prison movie you’ve ever seen — inmates in orange jumpsuits, hair shorn in the name of hygiene — and in the military, where hair is shaved for practical purposes. It’s a symbolic stripping of identity, a sense of strict conformity. This Is The Summer Haircut Everyone Will Be Getting After Lockdown BY HANNAH COATES.....Conversely, it’s women who have historically been shamed by having their heads shaved, usually as a form of punishment. French women accused of collaborating with the Nazis, for example, were paraded through Paris in 1944, barefoot, shaved, and with swastikas daubed on their faces, deliberately drawing parallels with prisoners in the Nazi death camps.... Meanwhile, in the infamous Salem witch trials, women’s heads were shaved so men could search for witchery ‘marks’.” 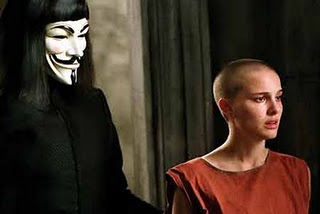 The same idea was displayed in the 2005 film “V for Vendetta,” where Natalie Portman (a Jewish woman in real life) sported a bald head, to signify that she was being humiliated in order to achieve an occult state of consciousness. Interestingly, this film was made in 2005, the same year as “Hitch!” 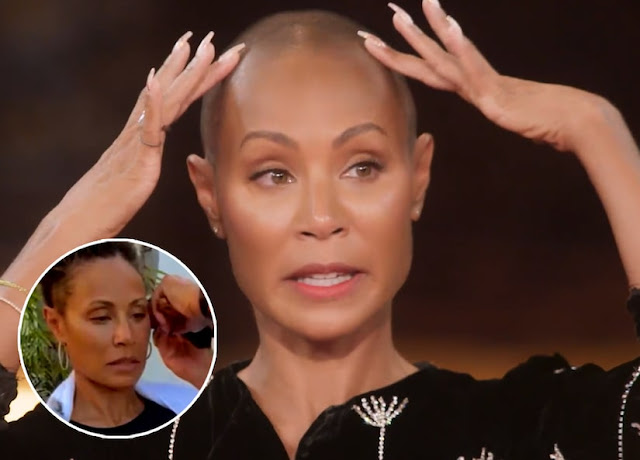 Although Jada Pinkett Smith claimed for years to be suffering from Alopecia, there is also the possibility that her baldness could be an occult ritualistic sign of her submission to the Illuminati. We will never know for sure, but for me, it is obvious that Chris Rock, and Will & Jada were partaking in a humiliation ritual, meant to elevate these celebs to a higher level within the Illuminati!
See this YouTube video below:
https://illuminatiwatcher.com/will-smith-vs-chris-rock-illuminati-humiliation-ritual-channeling-spirits/
Chris Rock & Will Smith have both apologized publicly, therefore, the occult ritual has been completed! Will Smith is a practicing Buddhist, and he condemns “All forms of violence,” stating:
“In this time in my life, in this moment, I am overwhelmed by what God is calling on me to do and be in this world. ... I’m being called on in my life to love people and to protect people and to be a river to my people.”
Obviously, his “god” is not the “god” of the Bible, but the Anti-Messiah “god” of the One World Religion! 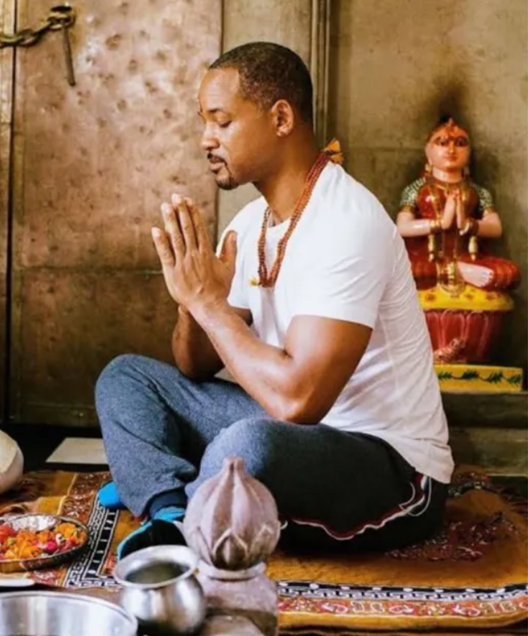 See the YouTube Links below:
Will Smith Apologizes After Striking Chris Rock at Oscars l GMA
In this movie poster from the film “Hitch,” you can see that this was obviously planned for some secret Illuminati purpose.
Not only is Will Smith a Buddhist, but he is also showing us his ties to Freemasonry, when he openly displayed his Masonic hand signals. 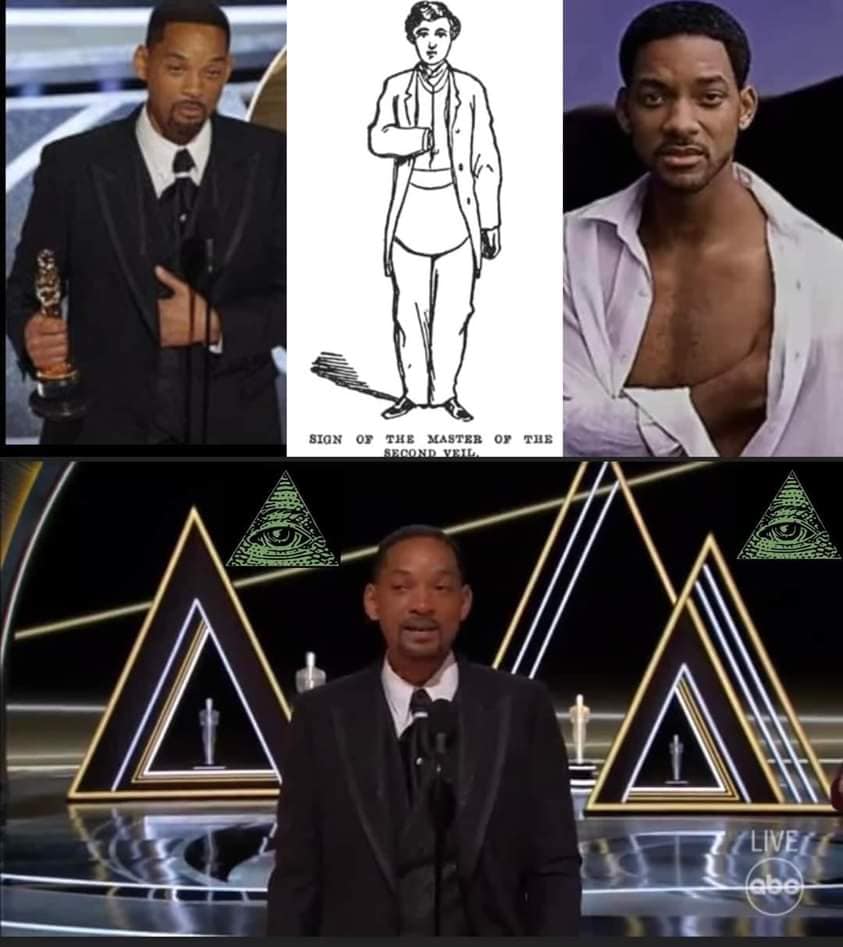 Nothing in Politics or in Show Business is ever done by accident! Everything is carefully planned years ahead of time for a strategic purpose, to influence the sheeple in a certain direction!
The Illuminati carefully STAGE EVERYTHING that gets a lot of PRESS COVERAGE!
Thanks to a dear friend of mine named Christina, who pointed this out to me:
The FDA is about to approve, the first ever Alopecia drug. It’s made by Pfizer. Pfizer sponsored the Oscars. Pfizer is a Nazi Germany Company that was thriving in the days of Hitler.
Jada Smith supposedly suffers from Alopecia. In Nazi Germany camps, they shaved the heads of Jewish women!
The “host” of the Oscars spotlights her for it. Her husband (an Oscar winner) slaps said host on stage.
Alopecia “trends” at #1.
They are Actors. We watched a Commercial at the Oscars!
The following is is courtesy of another friend named Patricia:
The Oscar statuette is a depiction of the Egyptian god Ptah, who also takes on the funerary god named “Sokar,” which is “Oskar” spelled backwards. 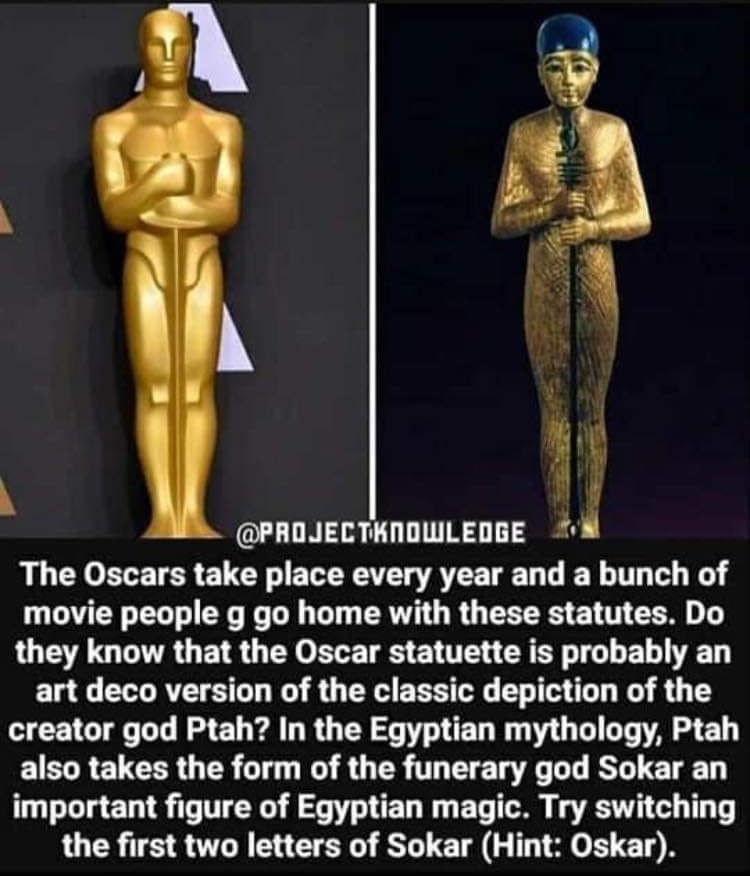 The “k” was swapped out for a “c” to make it not as detectable. “Oscars” spelled backwards is “Sarco,” meaning “flesh.”
Sarcophagus, means “flesh eating.” 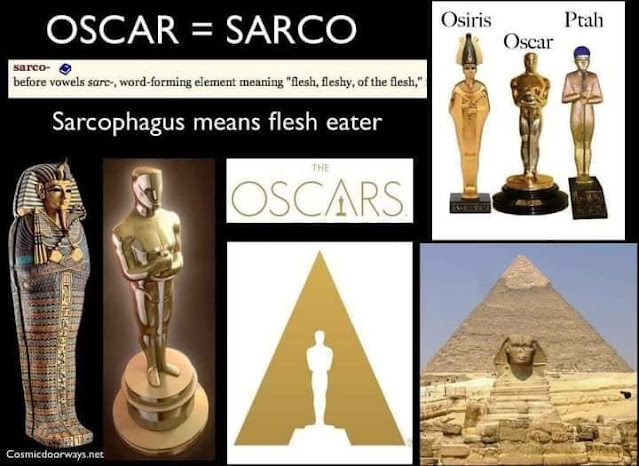 Will Smith was seen doing Freemasonic Hand-Sign, and the stage featured Pyramids and the “All-Seeing Eye” of Horus! 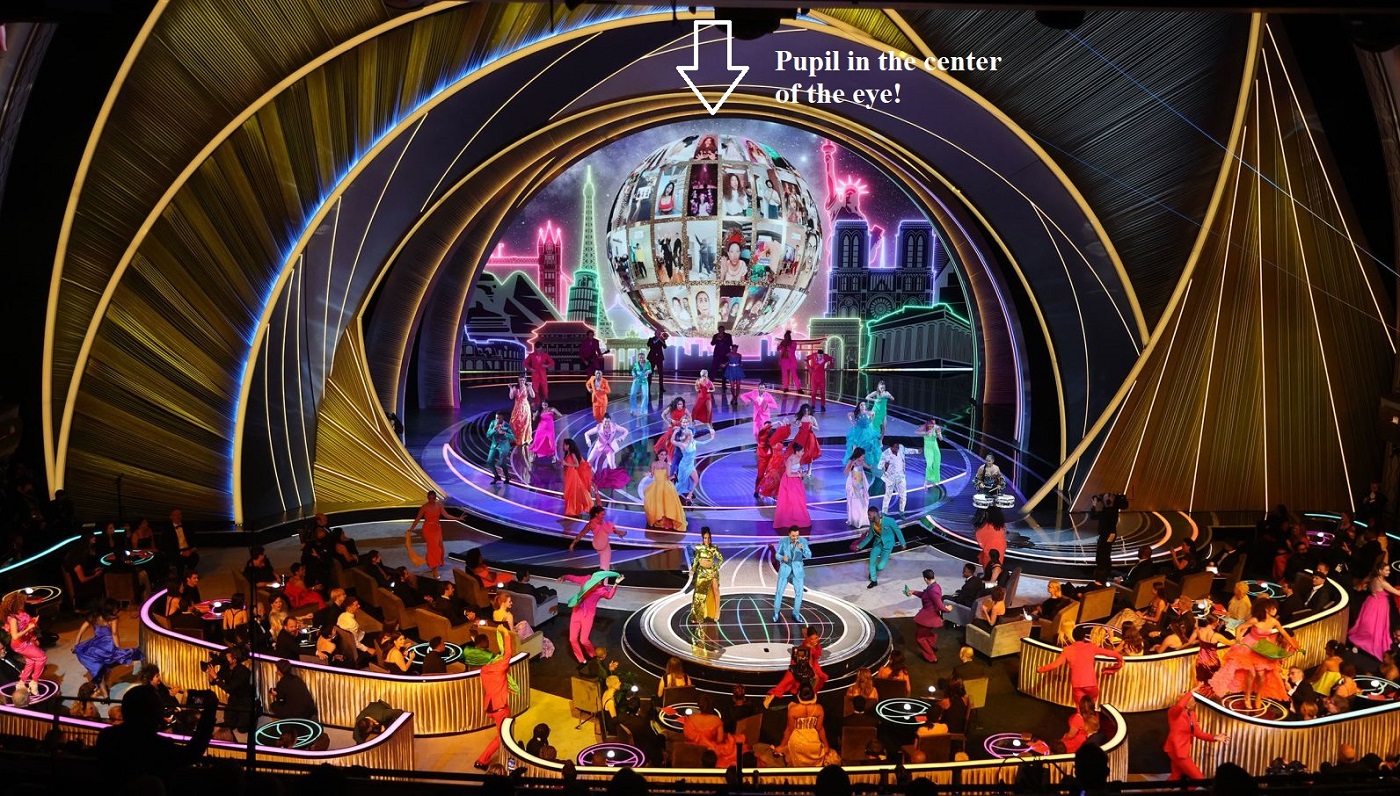 Will Smith, Chris Rock & Jada Smith, were all part of a “Humiliation Ritual” that attempts to imitate the Bible in a twisted way. They subject themselves to a humiliating situation, and then, they are “exalted” afterwards to a higher level within the Illuminati!
Matthew 23:12 And whosoever shall exalt himself shall be abased; and he that shall humble himself shall be exalted.
Luke 1:52 He has put down the mighty from their seats, and exalted them of low degree.
Chris Rock & Will Smith have both made public apologies, to one another, and Jada Smith recently cheated on her husband, but made a “public apology” to him! 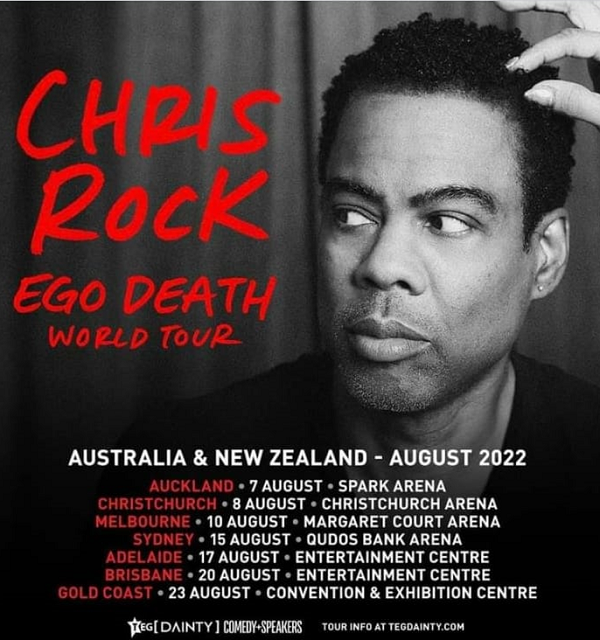 Chris Rock is about to embark on his new “Ego Death” tour, which means “humility.”
I also noticed yesterday that Will Smith’s RIGHT & LEFT HAND are on the “H” at the beginning and ending of “Hitch,” indicating that we are seeing the LEFT-RIGHT PARADIGM, aka “The Hegelian Dialectic” aka “Solve e Coagula” played out in front of our eyes! What does the HH stand for?
See my other blog: What is the Hegelian Dialectic?
In the occult world, the #88 stands for “Hail Hitler” (since the letter H is the 8th letter).
There is startling Predictive Programming in the “Back to the Future” Movies (Parts 1 & 2) about President Trump, and the Twin Towers. In the film, we see the #88, as the DeLorean Time Machine Car, must travel at 88 MPH to break the time-warp, and travel to alternate realities. Also, the address of “Douglas J. Needles,” is 88 Oriole Court, which is a hint about “Donald J. Trump” as the “Father of the snake bites.”
See my other two blogs:
What “Back to the Future” told us about Donald Trump
Trump, Obama & Biden Portrayed in Megamind
Trump is often compared to Batman (the Dark Knight), and Superman (Superman Returns), and also Captain America. In the Captain America films, Captain America eventually defects to the Nazi Organization called “Hydra,” and Trump is now using the mantra “Hail Hydra!” Trump has also been seen wearing “tie clips” with the “Hydra” logo, and there are T-shirts being sold online with Trump’s face and the mantra “Hail Hydra!”
The #88 also stands for “Hail Hydra” as it did for “Hail Hitler!”
There is so much more to unpack. See these blogs for more information: Blogs About Trump

Posted by DoublePortionInheritance at 12:22 PM