What did our Messiah mean by “My Father is Greater than I?” 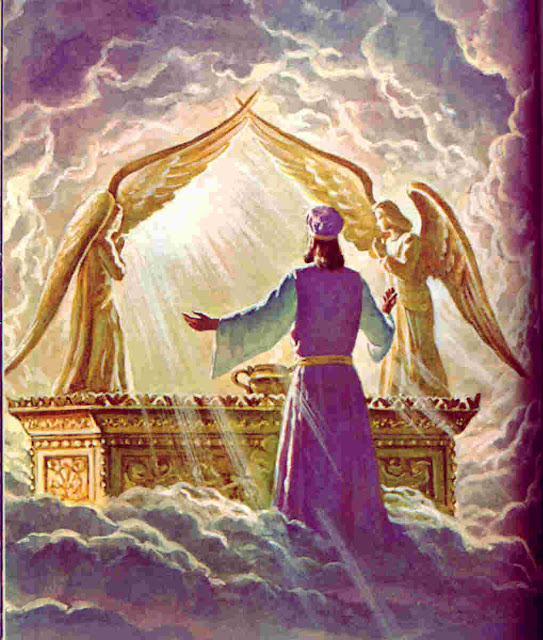 As many of you already know, I am a huge proponent of the deity of our Messiah, Yahuwshuwa. Since many are confused about this subject, I am always diving deep into the Scriptures to answer the objections that seem to come up.

Why did our Messiah declare the following words in John 14:28? “MY FATHER IS GREATER THAN I.”

This passage of Scripture is often used to try and debunk the deity of our Messiah. When most people bring up this passage, they are insinuating that our Messiah is somehow “a lesser deity,” than the Father, or even worse, “not deity at all.”

If there is one thing, I have learned in my 45 years of studying the Bible; the English translation is often, incomplete in its ability to convey the full message intended. In the Greek Textus Receptus, the word for “greater” in John 14:28 is as follows:

The concept of YaHuWaH manifesting himself as both Father & Son has baffled many, because they are viewing him as a finite being with the same limitations as we mortals have. However, once those limitations disappear, we realize that YaHuWaH is outside of linear time, and therefore, he can exist in all time continuums at once.

He exists in eternity as “The Everlasting Father,” even though he came to earth as a finite human being with a mortal body:

Yeshayahuw (Isaiah) 9:6 For unto us A CHILD IS BORN, unto us A SON IS GIVEN: and the government shall be upon his shoulder: and his name shall be called Wonderful, Counsellor, The MIGHTY EL [EL SHADDAY], The EVERLASTING FATHER, Sar Shalom (The Prince of Peace).

Mattithyahuw (Matthew) 28:18 And Yahuwshuwa came and spoke unto them, saying, ALL POWER IS GIVEN UNTO ME IN HEAVEN AND IN EARTH.

If Messiah has “ALL POWER,” both in heaven and earth, he is not lesser in rank or authority from the Father!

Philippians 2:6 Who, being in the form of Elohiym, thought it not robbery to be equal with Elohiym.

Hebrews 7:3 bears this out, that our Messiah is the ETERNAL FATHER:

“Without father, without mother, without descent, having neither beginning of days, nor end of life; but MADE like unto the Son of Elohiym; abides a priest continually.”

People often refer to these passages as describing the Father as “The Ancient of Days,” while the Son is called “The Son of Man.”

However, Daniel could not have “seen” the invisible Father, for he has never been seen by any man, at any time (past, present or future).

Yahuwchanon (John) 1:18 No man has seen Elohiym at any time, the only begotten Son, which is in the bosom of the Father, he has declared him.

Daniel saw YaHuWaH in both forms, and in both realties at once! He saw him as the eternal one that has always existed, hence “The Ancient of Days.” But he also saw him as the one that would come to earth as a human being to save humanity, hence “The Son of Man.”

Daniel 7:9 I beheld till the thrones were cast down, and the Ancient of days did sit, whose garment was white as snow, and the hair of his head like the pure wool: his throne was like the fiery flame, and his wheels as burning fire.

This is obviously describing the eternal one, (YaHuWaH), as the Pre-Incarnate Messiah with his visible form. As the Father, he is invisible, and has never been seen by any man, at any time (John 1:18; John 6:46).

Therefore, Daniel could not have seen the invisible Father, nor could he describe him as one whose garment was white as snow, having hair like pure wool.

Revelation 1:1-14 repeats the same description of him:

13 And in the midst of the seven candlesticks one like unto the Son of man, clothed with a garment down to the foot, and girt about the paps with a golden girdle.

14 His head and his hairs were white like wool, as white as snow; and his eyes were as a flame of fire;

The eternal Son of Elohiym is the only one with a visible image that can be seen on the throne in heaven.

Chazown (Revelation) 4:2 And immediately I was in the spirit: and, behold, a throne was set in heaven, and ONE sat on the throne.

Chazown (Revelation) 4:3 And HE that sat was to look upon like a jasper and a sardine stone: and there was a rainbow round about the throne, in sight like unto an emerald.

Now, I know what many of you may be thinking right now. You are asking yourselves

“But isn’t our Messiah seated at the right hand of the Father?”

The answer is “Yes, absolutely!”

But let’s get one thing straight. The phrase “The right hand of power,” is not necessarily describing physicality, but rather a position of authority.

We have often heard of a business owner describing his partner as “My right-hand man.” It does not mean that the business partner is always “At his right hand.” It simply means that they share a partnership.

The term “right hand of power” is a Hebrew Idiom denoting that our Messiah is the “right hand” of the Father. He is dubbed “The Arm of YaHuWaH” in Isaiah 53:1.

In Exodus 6:6, YaHuWaH says “I will redeem you with a stretched out arm.”

Daniel 7:13 I saw in the night visions, and, behold, one like the Son of man came with the clouds of heaven, and came to the Ancient of days, and they brought him near before him.

Daniel 7:14 And there was given him dominion, and glory, and a kingdom, that all people, nations, and languages, should serve him: his dominion is an everlasting dominion, which shall not pass away, and his kingdom that which shall not be destroyed.

In eternity, both realities exist at once. The past, present, and future coincide. Thus, it was possible for Daniel to see the Ancient of Days (Messiah in his eternal form), and the Son of Man (Messiah in his finite human form).

Posted by DoublePortionInheritance at 8:47 AM